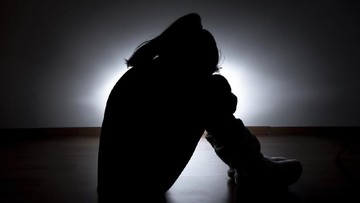 Jakarta – In recent times, cases of sexual violence in Indonesia have been increasing. Departing from this anxiety, many parties urged to immediately ratify the draft Law on the Crime of Sexual Violence (RUU TPKS). In response to this, the Legislative Body (Baleg) of the DPR finally agreed on the TPKS Bill to be promulgated immediately. Unfortunately, the ratification of the TPKS Bill failed to be scheduled in the plenary session of the DPR today, Thursday (16/12/2021). In response to this, the Network for Defending the Rights of Women Victims of Sexual Violence together with 140 institutions that focus on assisting women and children issues took a stand, Mother. During the meeting several points were agreed on the TPKS Bill. “I don’t think there’s a reason why it wasn’t scheduled for the Deliberative Body (Bamus) meeting. That’s their responsibility as Bamus members,” said Ratna Batara Munti, a member of the Indonesian LBH APIK Association in a virtual press conference held on Wednesday (15/12/ 2021) evening. “(There should be) no more obstacles to bring it to the plenary. But why does Bamus not make an agenda, we have to unravel what really happened. The public must know, we have to guard it,” he continued. Not only Ratna Batara, Bivitri Susanti, who is a Women’s Constitutional Law Expert, also spoke up, Mother. One of the founders of the Center for Law and Policy Studies urged the TPKS Bill to be legalized immediately so that it would not be like other bills that were hanging around. “We need to discuss or criticize that Bamus can withhold a bill, because the victim is not only the TPKS Bill, (for example) the PPRT Bill has been around for a year and a half. It has been approved in Baleg like the current TPKS Bill, but has never been included in the agenda. plenary, so it’s not official yet,” he said. “So, I think this needs to be properly voiced,” he continued firmly. The discussion that took place in this press conference was quite complicated, Mother. On that occasion, Taufik Basari, a representative from the Nasdem Faction, said that he could not convey much regarding the postponement of the discussion of the TPKS Bill. This is because he admitted that he was not present in the Bamus before. “Because I was not present, so I can’t say for sure about things related to the Bamus,” he said. “What I can say is, at least from all Nasdem factions, we will continue to oversee the TPKS Bill as well as the PRRT Bill to be brought to the Plenary Session. We will make every effort to persuade other factions,” he continued. See the continuation on the next page, yes, Mother. Mothers, also see the steps to prevent sexual abuse of children in the following video:
[Gambas:Video Haibunda]